Youngest in class get ADHD label

Youngest in class get ADHD label

Parents often wonder if they should enter their child into kindergarten when they are very close to the age cutoff for entering school. Should you have them start kindergarten or wait another year?

A recent study from Michigan State University shows that kids who are the youngest in their grades are 60% more likely to exhibit Attention Deficit types of behaviors and actually be diagnosed with attention deficit disorder than the oldest children in the class.

By Liz Szabo, USA TODAY
Nearly 1 million children may have been misdiagnosed with attention deficit hyperactivity disorder,  not because they have real behavior problems, but because they’re the youngest kids in their kindergarten class, researchers say.

Kids who are the youngest in their grades are 60% more likely to be diagnosed with attention deficit disorder than the oldest children, according to a study out today from Michigan State University, given exclusively to USA TODAY. A second study, by researchers at North Carolina State University and elsewhere, came to similar conclusions. Both are scheduled for publication in the Journal of Health Economics.

TEENS: 1/3 with ADHD drop out or delay graduation

About 4.5 million children have been diagnosed with ADHD, according to the studies.

Misdiagnosing children can have long-lasting effects, says assistant professor of economics Todd Elder, author of the Michigan State study. In fifth and eighth grade, the youngest kids in a class were more than twice as likely to use Ritalin, a stimulant commonly prescribed for ADHD, compared with the oldest students, his study says.
Read More

For more articles if you suspect ADHD 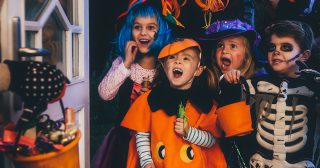