A Brain Base Learning Approach: The Visual Processing System

Visual processing, auditory processing, and tactile/kinesthetic processing all impact learning. Everyone takes in information through their five senses: smell, taste, hearing, seeing, and doing. Within each of those senses there are subcategories. The sense of smell can sense sweet, pungent, savory, floral, putrid, etc. The sense of taste can break down foods into salty, sweet, bitter, or sour. Within hearing (auditory processing), seeing (visual processing), and doing (tactile/kinesthetic processing), there are 9 sub-categories each. When learning is difficult, it is due to one or more of those areas not working as efficient as they could, should and can.

Areas of Perception that Impact Learning

Early Choice Pediatric Therapy has found that once a child enters school, about 75% of the classroom activities are directed through visual processing pathways. The majority of students who have problems with their vision system, upwards of 90%, are never diagnosed.

According to the National Vision Research Institute of Australia, about 40% of the human brain is involved in one form or another with visual processing. Upon visual input, visual signals leave the eye and follow a path into the superior colliculus in the brainstem. This is where the electrical impulses react and control all eye movements such as blinking, dilating pupils, and tracking objects that are moving or tracking a line of words. The optic nerve then forms synapses and sends neurons to the occipital lobe of the cerebral cortex. This pathway is responsible for experiencing and controlling visual perception. The input comes from both eyes. The right cortex receives impulses from the left orbit and the left cortex receives input from the right orbit.

Multiple processes of the vision processing system work together for visual perception and discrimination of orthography and output (George McClosky, Ph.D, 2007).  The sound-symbol connection is extremely important for successful reading. According to Berninger and Richards, sound codes in speech play an important, even fundamental role in the recoding of visual stimuli into language using the orthographic word form representations.

Additionally, executive function does play a part in this process, as well as visual, auditory, and muscle memory.  Background knowledge of both general and specific nature in both content and language goes hand-in-hand with reading and gaining meaning from what one reads (comprehension). The ability to decode and encode words that are familiar, unfamiliar, or nonsense words and filter and sort them into usable meaning brings comprehension.

It is also important to note that Rayner, in 1997, summarized 25 years of research on eye movements. Reading obviously involves eye movements, which are called saccades, This is when the eyes are moving rapidly. The rapid eye movements and tracking are separated by fixations when the eyes are relatively still. Saccade movements typically travel about 6 to 9 letter spaces. They are not impacted by the size of print. The complete perceptual span is larger, extending to 14 or 15 letter spaces to the right and 3 to 4 spaces to the left. It is the saccade movement to the left combined with the perceptual span length that assures that every letter of every word enters the visual field.

Understanding this visual span perception span combination leads us to realize that efficient readers do this easily. About 10-15% of the time, readers also shift back (known as regression) to look back at material that has already been read. And as text becomes more difficult, saccade length tends to decrease and regression frequency increases.

It is important to note that the space between words does facilitate fluent reading. When spacing between words varies or is not available, reading is slowed by as much as 50%. The research further notes that efficient eye movement is more critical than generating predictions of upcoming words. Readers systematically move their eyes from left to right across the text and then fixate on most of the content words.  The processing associated with each word is very rapid, and the link between the eyes and the mind is very tight.  Rayner, K. (1997) Scientific Studies of Reading, 1(4) pages 317-339.

Find out more about the Awaken the Scholar Within  Programs and Enroll Today.

And…check out our ADHD books on Amazon and our ADHD Teaching and Classroom Strategies Course (available for CEU Units and CPE Credits).

The Research Behind Bonnie Terry Learning Programs and Products

Learning Memory and the Brain

Reviews and Scope of Programs and Products 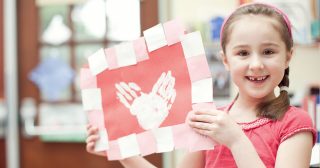