There appears to be some confusion about the terms ADD and ADHD. I often use both of the terms to avoid this confusion. However, the terms aren’t as expressive as I would like because they don’t quite reflect what is actually going on.

In fact, there has been confusion going on for a number of years. In the 90’s the DSM IV decided to combine the ‘labels’ into one – ADHD. Unfortunately many people didn’t realize that and still used ADD, which is why I’ve continued to use both ‘labels’. What the DSM IV did when they combined the labels was to put an extension on them that added a description component to the label so everyone would have more clarity. This has helped, but most people don’t know what the additional letters stand for when the explanations aren’t provided, so when a parent says their child has a diagnosis of ADHD many people automatically assume their child is hyperactive. This is not necessarily the case. To clarify it, the proper terms from the DSM IV are:

ADHD-HI (primarily hyperactive impulsive)
ADHD-I (primarily inattentive)
ADHD-C (combined) A combined type is someone who has all the diagnostic criteria for both HI type and I type.
ADHD-NOS (not otherwise specified) This one is very rarely diagnosed.

For more information on the specific criteria, just go to: DSM IV and ADHD.

Hope this is helpful, 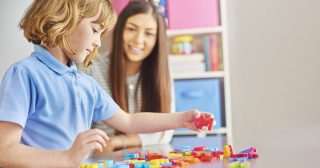 What is Phonics? A Key to Reading Intervention: Best Practices