The National Institute of Neurological Disorders and Stroke states, “Dyslexia is a brain-based type of learning disability that specifically impairs a person’s ability to read. These individuals typically read at levels significantly lower than expected despite having normal intelligence.”

Dyslexia is the most common reason a bright child will struggle with spelling, writing, or reading.

Dyslexia affects each person in slightly different ways and severity, however, there are some common characteristics:

What Is Dyslexia in Adults?

Some adults struggled in school, worked really hard, and eventually got out. Then they realized in college or in the work place that they were working a lot harder than everyone else and decided to find out why. What was gong on is they actually had dyslexia that was never identified when they were children or adolescents.

I have worked with adults in their 50’s that for the first time in their life were able to make progress. When you address the underlying root cause of dyslexia, reading does become much easier.

Adult onset dyslexia usually occurs as a result of brain injury or in the context of dementia; this contrasts with individuals with dyslexia who simply were never identified as children or adolescents.

And even brain injuries such as strokes does not mean you will not mean you will never regain cognition! I have seen it happen, skills did return upon retraining the brain. the brain has neuro-plasticity and can and does form new pathways on a daily basis. 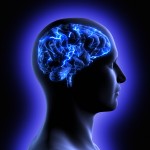 Research has found that dyslexia can be inherited in some families, and recent studies have identified a number of genes that may predispose an individual to developing dyslexia.

The most common reason a child struggles with spelling, writing, or reading even though they are bright is dyslexia. Dyslexia does affect other areas of learning too, including difficulty with learning to tie their shoes, trouble with rhyming words, difficulty with memorizing the alphabet, math facts, or even their address.